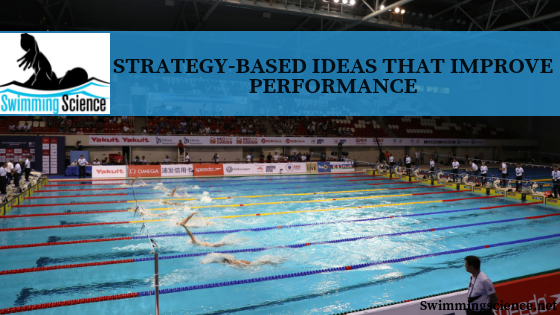 “SWIM YOUR WAY AND WIN HOWEVER YOU CAN”

Some swimmers adopt this approach on their own when you stop paying attention: they prefer to go easy during the race, wait patiently for the right moment and shoot forward on the home straight.

These athletes are very sure of themselves, cautious thinkers, audacious and driven. They don’t push too early, compete based on memory and possess a surprising tactical skill that enables them to take control of a race at all times and emerge victorious.

Others are more impulsive, start strong and strive to win by putting themselves ahead of their rivals from the start. They get onto the starting block, concentrate and repeat to themselves: Keep up with me if you can!

They love feeling good while they swim, they are aware of the risk this plan involves but they ignore or accept it, confident in their natural ability and the belief that their rivals won’t be able to keep up no matter how hard they try.

They are usually the speed demons, with an extraordinary start, a natural talent to react and quickly take action. They have no qualms over using this skill to shoot off the block, surprise their rivals and leave them with no way to react.

Unfortunately, that initial audaciousness sometimes gets the better of them and they sadly discover that only a few meters from the finish line, they run out of stamina and are overtaken by a rival.

Both strategies are equally valid. The first is more calculated, reflexive and meticulously planned; the second is more spectacular and daring, although it might seem inadvisable due to the high risk.

Perhaps the following strategy-based suggestions can help you be more efficient, better manage your options and bring a strategic bonus to your performance.

Learn to control the pain and manage it more efficiently. Some swimmers give up with the first symptoms and lack the necessary pain threshold to win, they cave after its first effects and abandon the race.

Start very quickly or more slowly than expected. Push harder mid-race to increase your advantage. Use the wake of your rival to reduce the energy you spend, compete for the centre of the lane in order to avoid it happening to you. These are just some of the strategies used by swimmers to attack, unbalance and demoralise their rivals, but also to protect themselves and contain their attacks, which can and should be planned and practised whether you are winning or losing races.

Advising and training swimmers, programming and designing exercises and work sessions aimed at perfecting and enhancing these techniques will be of great use to improving performance.

“Use all the information available to you. Seize the moment and take advantage of the situation for your own benefit”