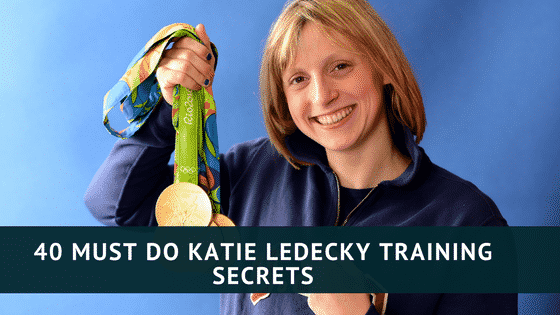 What are the secrets behind Katie Ledecky’s dominance? At last year’s ASCA World Clinic, Coach Bruce Gemmell provided some insight of Katie Ledecky training. The full presentation is available on the ASCA Website. One take home that’s hard to emphasize in print is how much attention was given to her semi final 3rd place finish in the 200m freestyle at World Championships last year. Though one of her rare losses, this race epitomizes the mental grit that separates her from other really good swimmers and places her into the “legendary” category. Also, don’t be shy to check out our previous posts on Katie Ledecky:

40 Must Do Katie Ledecky Training Secrets

The psychology of Katie Ledecky is what makes her special. As Coach Gemmell says, the training and physiology is what gets her on the team, but the psychology is how she sets records. There is nothing fancy in the program, as they do less volume than many other programs (but definitely not “low volume”) and run the same workouts as many other teams. If there is any “magic” in the team it is having a training group where anyone can lead on any given day and in which she is both challenged yet supported at every single practice.

Below are the 4 parts compliments of Swimming World Magazine: