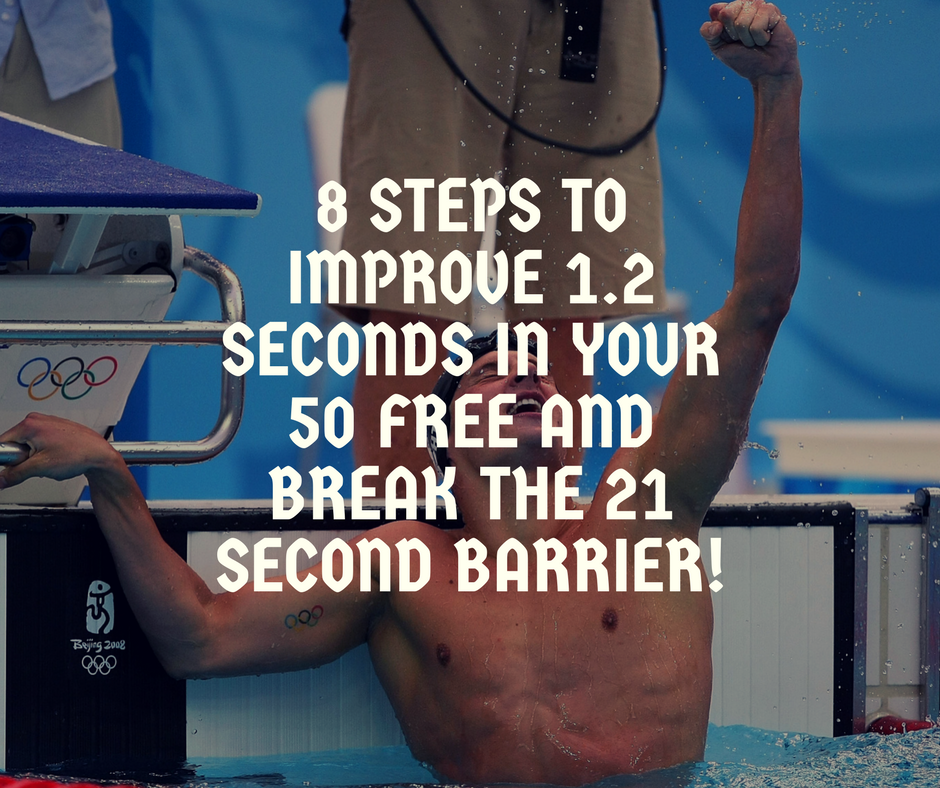 Overall improvements in swimming diminish with improvement. As swimmers progress, it is much harder to improve then when you’re a newbie, pulling up your Speedo for the first time. I remember attempting to break the 21 second barrier for 3 years straight in high school, yet having a large barrier (likely a mental barrier) impeded me from breaking the 21 second mark in the 50 free.

Since my swimming years, I’ve had the opportunity to work with swimmers in various elements of their performance. Most notably, I work with many swimmers on staying healthy or returning from injury. However, I also have the opportunity for creating strengthening and dryland programming for swimmers, clubs, and governing bodies. The last element I get to do is consult with individual swimmers on their biomechanics or general performance.

8 Steps to Improve your 50 Free

All swimmers have room for improvement and this swimmer was diligent and took all the adjustment to heart, especially after noting improvements and breaking the 22 second barrier without being tapered. As you can see, these changes minimally adjusted his actual swimming training, but focused more on the elements outside of the pool and with biomechanics. These areas of improvement play crucial roles, especially in trained swimmers. After each taper meet, detailed race and meet analyses are necessary for continual improvement and focused direction for improvement. Too often swimmers fall into the “work harder” trap. This trap suggests simply working harder will result in improvement, but once you reach full maturation, detailed planning and implementation of weaknesses is required for continual improvement. As we found in this case study, these tools combined with deliberate practice helped this swimmer drop 1.2 seconds in one season in the 50 free and not only break the 22 second barrier, but break the 21 second barrier and likely have an opportunity for continued success in a Division I swimming program.