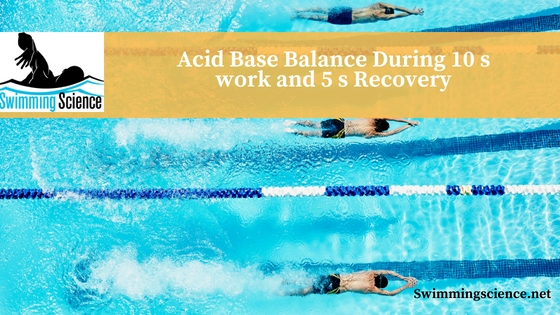 Many swim programs perform continuous swimming but with the power output the same, which group demonstrates changes in metabolism?

The purpose of this study was to study the intracellular changes in high energy phosphate metabolism and H+ concentration during a similar intermittent protocol.

The device used allowed the researchers to measure phosphocreatine and hydrogen ions.

Hydrogen ion concentration was similar during the rest period of INT as heavy intensity continuous exercise and glycolytic phosphorylation contribution was higher during the work period of the INT than the CONT group.

INT exercise with a lower overall workout results in a similar hydrogen ion concentration as CONT exercise. This is believed to occur by the run-on effect of glycolysis during the recovery period and likely a reversal of the CK (creatine kinase) reaction.

Repeated short work to rest ratios at lower intensities allows greater increases in hydrogen ion concentration which is thought to increase power production and should be considered for training. Therefore, it is recommended that coaches consider INT training as a viable alternative to CONT exercise, as with proper ratios it is still metabolically demanding.

Brief Overviews of Ultra-short Race-Pace Training: A and B