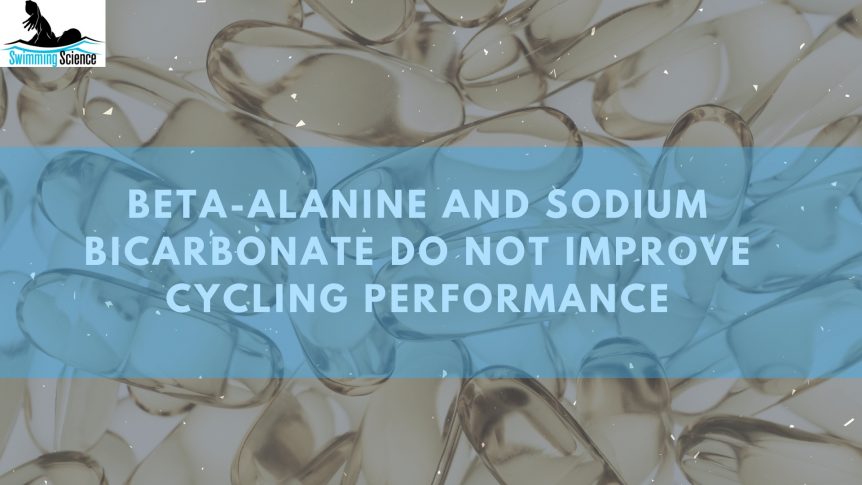 Repeated bouts of high-intensity exercise lead to a pronounced accumulation of hydrogen cations (H+), a by-product of anaerobic metabolism that has been shown to play causative roles in peripheral fatigue.

β-alanine (BA) supplementation is effective to increase intracellular carnosine content, a dipeptide whose pKa of 6.83 falls within the mid-point of the pH transit range in skeletal muscle (pH ~ 7.0 at rest and ~ 6.5 at fatigue).

In this context, strategies have been used to attenuate acidosis and improve performance, with β-alanine (BA) and sodium bicarbonate (SB) supplementation being two of the most effective strategies capable of increasing H+ buffering capacity and exercise performance.

To be included in the study, participants were required to meet the following criteria: non-vegetarian men between 18 and 45 years of age, actively training cycling at least three times per week, and a minimum of 6 h week−1, with at least 3 years of experience in cycling training. Exclusion criteria were: diagnosed with chronic diseases, use of BA or creatine 6 months prior to the study, smoking, and continued use of medications. Volunteers were fully informed of any risks and discomforts associated with the study before giving their signed consent for participation. The study was approved by the institution’s ethics committee.

Beta-alanine was preloaded for a month at a comparatively high dose (28 days at 6.4g/d; two capsules were ingested four times daily vs. maltodextrin (placebo).

The 0.3g/kg body weight of sodium bicarbonate (or calcium carbonate placebo) was supplemented within max. 5 minutes 60 minutes before the performance test in 1-g gelatin capsules under supervision to ensure full compliance. Gastrointestinal discomfort was reported prior to and 60 min using a 10-point scale – serial loading protocol as I’ve described it in previous articles about the bicarb was not used.

The food intake during the supplementation period was ‘monitored’ via 3-day food diaries the subjects had to fill on 2 non-consecutive weekdays and 1 weekend day. The analyses of these food logs showed that the subjects consumed ~2200kcal/d with approximately 52%, 18.5%, and 26.5% of the energy coming from carbs, protein, and fats, respectively – without inter-group differences.

The actual testing sessions that were conducted after pre-test and familiarization sessions consisted of a high-intensity intermittent cycling protocol (4x 60s at 110% of the subjects’ individual maximal power-output with 60s rests between bouts) that was followed by a 30-kJ time-trial performance test. Both tests performed twice – once before and once after the 28 days of beta-alanine or placebo supplementation. 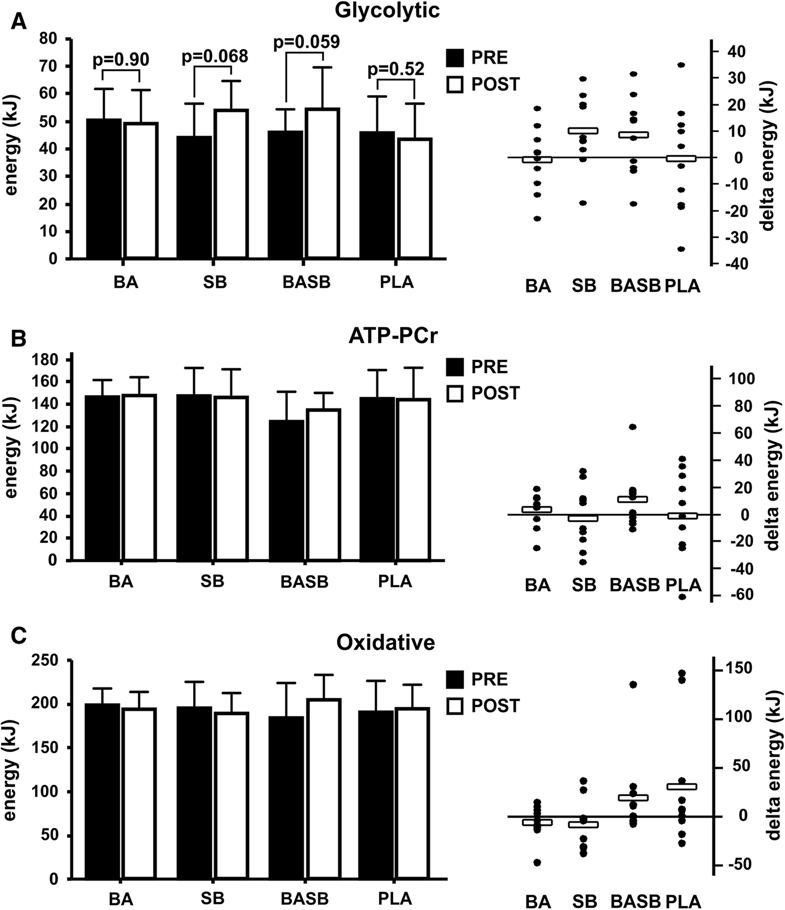 After these results, you are probably thinking you should throw away your sodium bicarbonate and beta-alanine. Even though the performance benefits in the study at hand were at best borderline significant, there’s a reason that both agents have been around for years (beta-alanine) and decades (bicarbonate) in the absence of sufficient research to tell for sure who will and who won’t benefit from using them.
Whether a placebo or some respond better to these than others [or maybe that’s resulting in the placebo], we do not know.
We still recommend the following beta-alanine recommendation for fully mature swimmers.
Reference: