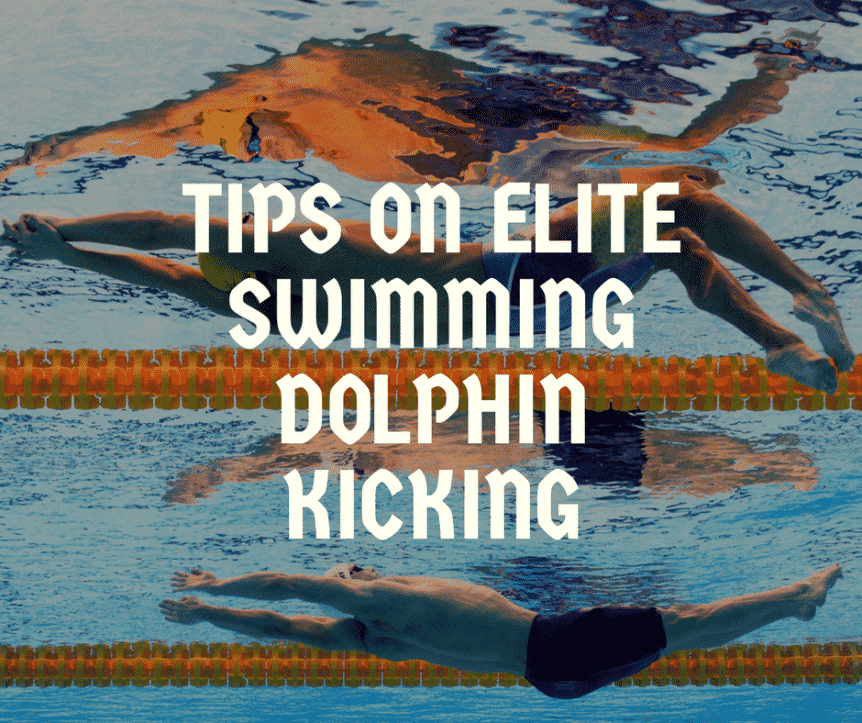 Below is an interview with Dr. Santiago Veiga Fernandez regarding the latest dolphin kicking in elite swimmers study: Do faster swimmers spend longer underwater than slower swimmers at World Championships?.

1. Your recent study analyzed underwater dolphin kicking at the 2013 World Championships. Your results may surprise our readers, could you describe what your research team found?

We wanted to check whether faster swimmers spent longer distances underwater than slower swimmers at the elite level. Until now, results from 2000 Sydney Olympic Games had suggested that the fastest starters and turners traveled longer distances underwater. However, in the last few years, a general increase in the starting and turning distances of competitive swimmers have been observed, regardless of their expertise (Veiga, Cala, Frutos, & Navarro, 2014).

Our results during 2013 World Swimming Championships (Veiga, Roig, & Gómez-Ruano, 2016) revealed that the fastest swimmers traveled longer distances on specific events only, depending on the stroke and the race distance. For example, in the freestyle events, the fastest swimmers did not travel longer distances underwater. Also, in the 100m breaststroke events, champions were characterized by swimming faster when being underwater but not spending longer underwater. On the other hand, in the 200 m races, elite swimmers did travel longer distances underwater especially in the last turn of the butterfly and backstroke races. This provided them with time improvements which were critical on the end race result.

This would be very interesting to check and I think that the results could be in line with those of an Olympic size pool. Probably, the best swimmers underwater (in terms of greater distances with their underwater dolphin kicks) would have a definitive advantage on the butterfly and backstroke events as they would probably swim faster underwater than on surface. The key point for these swimmers would be maintaining distances underwater in the last turns of the race (with fatigue). In breaststroke, the key point would probably be a mixture between long distances (related to good gliding abilities) and faster velocities underwater (related to a good coordination between the arms and leg recovery…remember that always the arms recover first and then the legs, and not both simultaneously!). Finally, freestyle specialists would probably benefit from fast underwater velocities regardless of the underwater distances, as they would probably swim faster on surface than underwater.

3. You mention individualization for determining dolphin kicks performance. How can a swimmer or coach decide if a swimmer should incorporate dolphin kicking?

The key point is to always maintain a higher forward velocity underwater than on surface. Therefore, coaches should take into account the dolphin kick ability of their swimmers in terms of velocity. You could measure the 25m velocities of your swimmers on a dive sprint with or without the 15m limit for underwater distance and then compare. You would probably check that backstroke swimmers could achieve a 105% of their “legal” velocity by swimming totally underwater. Also, you would find that butterfly and freestyle swimmers could swim underwater at a 95% and 90% pace, respectively, of a “legal” dive sprint (Villanueva, 2010). These references could be employed by coaches to discern if their swimmers could achieve higher mean velocities by using the underwater dolphin kicks.

4. Do you foresee dolphin kicking being further implemented in freestyle sprints (ie to the 15-m mark in the 100-m freestyle)? Why or why not.

I am quite positive the dolphin kicks will be further implemented in 100m freestyle races. If you read the great post about Mckevoy’s performance on 47.04 by Tiago Barbosa (https://www.swimmingscience.net/2016/04/cameron-mcevoy-47-04-100-free.html), you can check that his starting (11.49 m) and turning (8.09 m) distances were longer than average values for elite swimmers (2013 World Championships finalists on 100m freestyle traveled 10.47 m and 6.92 for the start and turn distances, respectively). Some years ago, only some butterfly specialists competing in freestyle (i.e. Michael Klim or Michael Phelps) swam long distances underwater in freestyle races but this will probably change in the near future.

I think that the progression due to the underwater dolphin kicks are still in process. Results from World Championships indicate that even elite swimmers do not take profit from the 15m distance limit as they emerge earlier and also because they lose underwater distance as the race progress (0.6 to 0.8 m on each turn on a 200m event, as an average) (Veiga & Roig, 2016). Therefore, I think there is still room for improvement at the elite level on this aspect. If you note that backstroke swimmers in the World Championships could improve their 200 m times around 1% by increasing 1-2 m their underwater distances on turns (while maintaining pace) (Veiga, Roig, & Gomez-Ruano, 2016)… then you realize how much elite swimmers can improve on that.

Also, we must take into consideration that young swimmers will probably be much more proficient swimming underwater on a mid-term period. Many coaches have implemented their training programs in the last few years to reinforce the underwater dolphin kick preparation (maybe not in the USA where swimmers are used to competing in yards, but probably in other countries). Therefore, we can still expect better performances in underwater swimming when these young swimmers progress to the elite level.

6.What future research do we still need on dolphin kicking?

In recent years, several researches have been conducted on the underwater dolphin kick parameters (symmetry (Atkinson et al., 2013), amplitude (Houel et al., 2013), frequency (Shimojo et al., 2014), depth (Tor et al., 2014), water flow dynamics (Cohen et al., 2012), etc.) but also on the previous movements such as the starting dive or the turning push off the wall. I think coaches and practitioners need to know more about the effects of the underwater dolphin kick on the following movements such as 1) the transition from underwater to above water swimming (breakout) and 2) the surface swimming parameters after emersion. In this line, our research team is about to present a new study in the Sports Biomechanics journal examining the effects of the starting and turning performances on the subsequent swimming parameters.