“Some people don’t have the guts for distance racing. The polite term for them is sprinters.”

-Unknown
“The East Germans first used biomechanics. This meant that rather than guessing about technique and form, they could apply changes to athletic performance based on science.”
-Bill Toomey


In swimming, proper biomechanics are essential for success. Yet, the biomechanical factors that affect success are numerous and vary between people. An individual stroke is influenced by anthropometry; range of motion; aquatic signature (level of buoyancy and balance); the level of anxiety when first introduced to the sport (survival instinct); natural strength and developmental environment (Skinner 2012). A few studies have tried to find objective factors associated with success, but the only association was age (Saavedra 2010; Variables Predicting Performance in Young Swimmers).

In a more recent study, handgrip strength was related with 100-meter freestyle success in female swimmers.

In track, running speed depends on stride length x stride frequency. In swimming, stroke length x stroke frequency is also associated with success, but unlike track, the items which compose these factors are much more complex. In sprint track, Usain Bolt is a dominant and unique athlete. He is on average 4 – 5 inches taller than other sprinters, which allows him to run his 100-meter sprint much differently than other Olympic 100-meter runner, as Usain uses a higher force production and stride length, but a lower stiffness and stride rate.

Despite the huge differences between running and swimming, I feel some comparison is possible, especially the correlation between force production, stroke length, and stroke rate.

Dr. Havriluk, President of Swimming Technology Research, has studied total force production in elite swimmers using the Aquanex, a pure measure of force production, not specifically horizontal force. This difference is important as overall in-water force production is highly dependent on the direction of the force.

It is well-accepted sprinters have a higher stroke rate, but what is the difference between elite sprint swimmers? If the applications of running are similar, then height would be correlated with Olympic success likely has a higher force production, greater stroke length, lower stroke frequency and a lower muscle stiffness, increasing the ability to store and release energy production.

Sprinters often have a higher capacity to produce power. In swimming, propulsion is generated mainly through the arms. Swimmers generate propulsion by orienting their propelling surface (hands, forearm, upper arm) as perpendicular to the water as possible. However, many associate stroke rate and the frequency with sprint success, but Usain Bolt, the fastest man alive, has a higher ground reaction time, greater force production, and lower stride rates. Do taller elite swimming sprinters have a longer catch time, which generates higher force production, but a slower stroke rate? Below are the number of strokes for the last 15 meters compared to athletes height in meters in the Men’s 50 free from London. As you see the dots are not linear but scattered. This appears height and stroke frequency are not associated in the last 15 meters in elite sprinters. However, this does not answer the main question since height and stroke length aren’t always correlated. Moreover, time and stroke rate don’t always correlate either.

As you see, the overall time (wish I had actual 15-meter times) and stroke amount also shows a very weak correlation. This data is not very helpful in finding answers about the relationship between stroking parameters in sprint events, as horizontal force production, arm length, stroke rate, and speed are other variables that need further individual analysis. However, is too much to speculate sprint swimming has a Usain Bolt around the corner? Or did we already have a Usain Bolt (Popov’s historical technique)? Too often, sprinters are taught and instinctively perform a high stroke rate. This may result in sprinters rushing their catch and producing inadequate force. Individual information is essential for these elite sprinters, because an outlier like Usain may exist, but they might be rushing their stroke, poorly catching water, taking excess strokes, and fatiguing early. This individualized stroke biomechanics essential, as a swimmers strengths, must be maximized. Unfortunately, many coaches are unable to visually quantify force production. This requires more specific testing and research on the subject, where objective measures dictate stroke modifications. Make sure you’re making the correct adjustments, with objective, not subjective information. 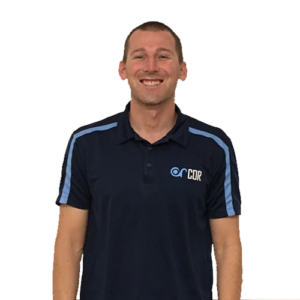