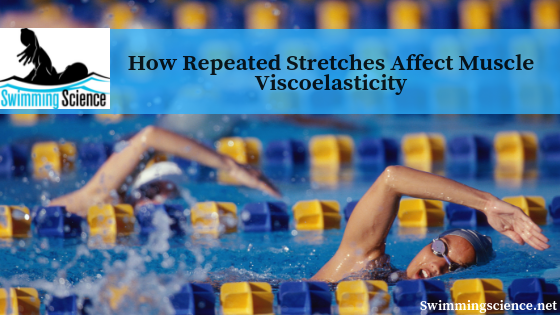 Viscoelasticity is the ability to return of a material to return to a position after an extended force application. Dynamic tissues (muscles, tendons, ligaments) possess viscoelastic structures.

The ideal mechanism and benefits of stretching are uncertain, but previous work suggests constant-torque is more beneficial than constant-angle for improving muscle creep, resulting in a decrease in stiffness. This creep is the physiological deformation of a tissue after the application of a constant load.

Twelve participants performed two trials, the first a familiarization and the second an experimental. During the familiarization, each participant practiced the 30-s stretches and determined the maximal passive torque threshold.

The experimental trial used four 30-s constant torque stretches with a 20-s rest period between each stretch and a maximal voluntary contraction (MVC) of the plantar flexors performed following the four stretches.

The stretches were performed to the plantar flexors in the supine position.

A significant change was noted in the stretches. The results indicated that increases in joint angle were similar for all four stretches over the entire 30 s, but the third and fourth stretches started and ended at the same joint position.

The largest increase in the stretch was noted at the 0 – 5s time period.

The amount of viscoelastic creep appears to be unaffected during four 30-s constant-torque stretches. This suggests this form of stretching is not required for more than one bout of 30-s. However, the indications of stretches are still uncertain and potentially negligible. Constant-torque stretching appears no more beneficial compared to regular static stretching, however, both appear to have many benefits for swimmers.

The Future of Swimming: “Myths and Science” (The over-usage of static stretches)