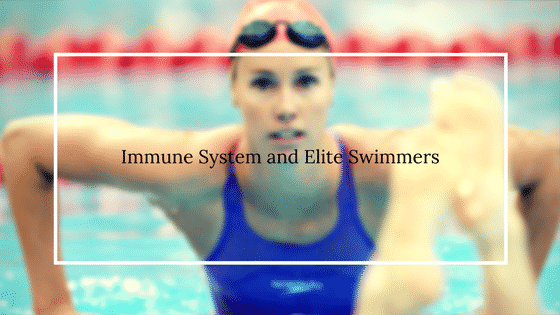 Certain periods seem to bring a higher than normal incidence of illness: holidays and training camps are common sick periods, but early fall is another sick time.  Stress levels escalate as school resumes, schedules get more frantic, and kids gather into a petri dish of germs, all of which challenge the immune system for swimmers.  School incubated illness can afflict adults as well, especially in our highly mobile society.

For swimmers of all ages, the immune system is a vital yet often underappreciated key to improvement.  Whereas a bad shoulder still allows cross training and kicking, full-blown illness often requires time away from the pool.  Take a couple days off for while sick, a few days easy in the pool to avoid a relapse, and then a few more days to get back to where you were…that’s a week or two (or more) interruption right there!  Swimmers are notorious for pushing the envelope, particularly during training camps.  Understand that even if symptoms are not present, underlying physiology still may be impaired, making illness very likely.

Several researchers have studied the link between training and immunity in swimmers.  Recently, Rama (2012) studied elite swimmers’ immunity during an entire season from September to April.  Authors broke the season into four blocks: pre/early season (September to November), seven-week build (November to February), six-week intense training (February to April), and post-championship (end of April).  The swimmers were compared to a control group of non-swimmers during these same blocks.

In a similar study with a similar research team Morgado (2012) also compared elite swimmers to non-swimmers during a season.  Their results showed that not only can intense training affect natural killer cell levels, cell function may also suffer impairment.   Specifically, evidence showed an increase in blood cortisol levels during the initial training buildup, which the authors identified as cause of suppressed responses by the natural killer cells.  Non-swimmers showed no impairment in immune system function.

The robust correlation between increased training and suppressed immunity seems ominous, so what can we do about it?  Aside from optimizing training so that athletes can adapt to the demands imposed on them, understanding certain markers along with the time course of suppressed immunity can help.  Gleeson (1999) studied correlations of three classes of salivary IgA in both elite swimmers and a non-exercising adult sample.  Most notably, salivary IgA1 during early season was significantly correlated with upper respiratory infection.

On a smaller time scale, Kakanis (2010) studied cyclists and found suppression of total lymphocyte counts, natural killer cell counts, and neutrophil phagocytic function between two and eight hours after intense exercise.  Each of these factors is linked to increased risk of upper respiratory infection.

There’s no doubt about it: intense training raises upper respiratory infection risk.  Does this mean we should just train everyone easier?  Maybe yes, maybe no.  The issue is not about training easier, but instead finding ways to ensure the training is delivered within the athletes’ adaptive reserves.  The immune system is equally important as the cardiovascular, respiratory, and musculoskeletal.

Illness is multifactorial encompassing training, life stress, nutrition, and even hygiene.  However, know that intense training places nearly all swimmers at risk from the first training buildup, thus demanding greater attention to detail to ensure swimmers stay in the pool with minimal training interruption.