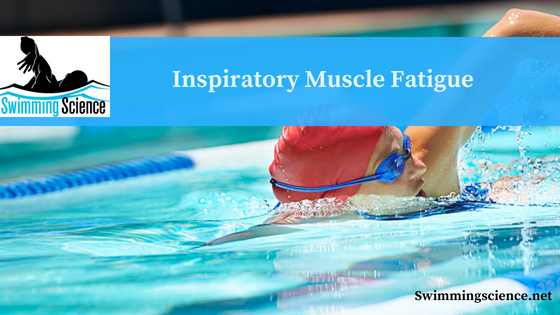 These results are counterintuitive. If you breathe less, shouldn’t the inspiratory muscles be less fatigued? It is believed holding one’s breath leads to alveolar hypoventilation (alveolar are the air sacs in the lungs) causing carbon dioxide retention stressing the inspiratory muscles. Taking fewer breaths increases the amount of air one takes in and expands the chest wall, hyper-expanding the wall and putting them in a disadvantageous position.

A higher lactate is believed to stem from the same physiological adaptation. The increased carbon dioxide impairs the lactate disposal from the muscle to the blood. This impairment is relieved once normal breathing occurs and the researchers should have taken lactate values long after the performance to see a rise in blood lactate. Also, even though the times were not significantly different, the 0.4-time difference could account for some lactate variation.

The main point from this study is that inspiratory muscle fatigue does occur during swimming. This fatigue is greater with less frequent breathing.