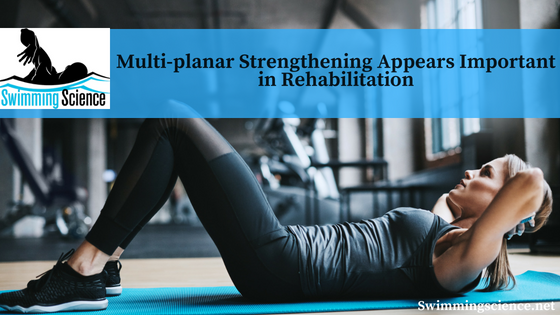 A weak core is considered paramount for athletes, as it is the “engine” of the body. It is also believed a weak core increases the risk of injury. The core is defined as the muscles which surround the lumbopelvic region and includes the abdominals anteriorly, the paraspinals and gluteals posteriorly, the pelvic floor musculature inferiorly, the hip abductors and rotators laterally, and diaphragm superiorly.

Being able to transfer force from the core or trunk into the limbs is called the serape effect. This concept incorporates the concept of transferring stored energy into potential energy.

How to Train the Core

It is believed training the local and global muscles simultaneously is mandatory for improved overall stabilization. Some advocate the drawing-in method, while others suggest bracing. Diaphragmatic breathing is also necessary, as the diaphragm lies on the top of the core.

Core stability should be initiated at the start of any training program and progressed as the athlete improves.

This anecdotal discussion brings to light the importance of multi-planar strengthening for sports performance.