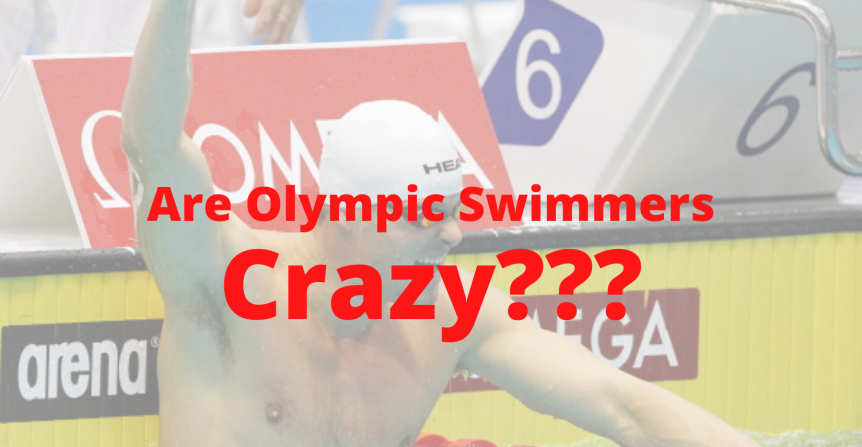 “On the basis of the information the IOC has, postponement has been decided,” Pound said in a phone interview. “The parameters going forward have not been determined, but the Games are not going to start on July 24, that much I know.”

This came a few days after USA Swimming recommended the event also be postponed.

Most swimmers were in agreement that this was the right course of action, as public safety is a larger concern than athletic endeavors.

However, some swimmers expressed their raw emotion on the postponement:

“I couldn’t think of anything positive to say because I had dedicated myself so much to the Tokyo Olympics. When the postponement was announced I was left with a gaping hole I couldn’t fill – I was empty”. – Seto Daiya.

“As you all can know, the Olympic Games 2020 has been postponed. I can’t agree that it was the correct decision. Yes, athletes wouldn’t show their best results, but it’s a sport, an athlete can’t always stay at the highest level. If the country denies taking a part in the Olympics, it’s their problem. As for now, the Olympics will intersect with World Championships next year 🤷‍♂️Incredible disappointment. Additionally, there is no guarantee that the situation will be gone by next year. Thanks for taking the dream away for one year. However, I highly respect any decision made by IOC. Just one more year to get better. Olympics is more than just a competition. It’s a fairy tale, dream, fiesta.” – Andrei Minakov

Personally, I can’t blame a swimmer who has commitment most of his life to the sport expressing frustration for a decision that is out of his control. In fact, I personally feel every current swimmer has this feeling, as each swimmer is “crazy”.

Recently, on The Social Kick Podcast, George Bovell discussed his opinion on the mindstate of an Olympic level swimmer.

“I think that when we see those world records, it doesn’t matter what the sport is, any time you see that level of extreme excellence you are looking at a crazy person. That person has made themselves crazy because you have to become crazy to go through all that suffering and extreme, extreme sacrifice that it takes to become that good. So first of all, we’re looking at really great athletes, but we’re looking at really crazy people… Let’s get that straight. Ninety nine percent of them are crazy. [In swimming] It’s like holding a rhythm, an unsustainable rhythm. When you’re trying to hold this unsustainable rhythm longer than someone else can hold it. And if you were to try to keep holding it for too long, you drown. And you have to get very, very tough to be able to endure the pain that comes with holding this unsustainable rhythm and then getting tough. You become very detached. You stop feeling, you don’t allow yourself to feel the pain. There’s a part of you that does not want to do those things that cause you to suffer. And you have to get such a strong mind that you overpower that feeling of not wanting to do it so you can will yourself to do all these extreme, crazy, difficult things. And then you’re going down this road. You’re making yourself tougher and harder.”

Once again, I personally feel Minakov’s comments are warranted, but as Olympic medalist George Bovell stated, Olympic swimmers are crazy, here are 3 examples that Olympic Swimmers are crazy:

3 Examples that Olympic Swimmers are “Crazy”

The ability to swim through pain is one thing, but one has to be crazy to break the World Record with a fractured ankle is another.

Cavic Returns from Back Surgery

After the 2008 Olympics, Cavic was forced to have what most would consider a career-ending back surgery.

On The Social Kick, Cavic stated:

“You know, all of them told me that I would never race again [if he had back surgery] and that I should step away from the sport for what’s ahead … I had to disc bulging in the low back, my leg was going numb, and I was living in constant pain. Going against all these doctor’s orders, I pressed on … my heart was a go, but my body was saying no. And despite the medical advice and the advice of family and friends, I could not let it go [of swimming]. If you could only imagine, this was my life. I have made a decision [having the surgery and continuing to swim] for myself that would have negatively impacted the rest of my life had things gone wrong. A lot of athletes out there have sacrificed the same.”

In 2009, Michael Phelps was dominating the swimming, but that doesn’t mean he had to become “crazy” to overcome adversity. Before the 100 fly, less than 20 minutes before the race, during warm-up he ran into a swimmer, Cate Campbell. As Campbell said “we had a bit of a head collision but nothing a couple of Panadol couldn’t fix, I just laughed it off and continued the warmup and preparing for the race.”

This collision broke his goggles and cut his eye open. Despite this, Phelps came out victorious, beating Milo Cavic in one of the most historic races of all-time.

Do you have to be Crazy to be an Olympic Swimmer?

No matter the occurrence, most elite swimmers (and athletes for that matter) have to overcome large obstacles to pursue their goals. We often relish these stories and see it as true heroism, but is it purely the common person glamorizing an insane individual?