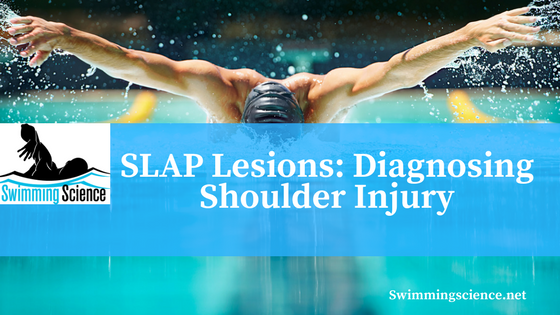 The purpose of the study was to evaluate frequently used tests and define the diagnostic accuracy of each test for the presence of an isolated SLAP lesion and a SLAP lesion with concomitant findings, as well as determine each test’s value toward surgical decision making.

Eighty-seven patients were included over a two year period with an MRI confirming a SLAP, received all 5 clinical tests, and had surgical confirmation of a diagnosis. Participants were consecutively selected at an orthopedic clinic with various shoulder dysfunctions. Specific shoulder pathologies were excluded from the study, included radiculopathy, adhesive capsulitis, etc. Then, a physician examined each patient using the following tests:

All of the tests were performed by the same physician.

The strongest clinical test was the Biceps Load II test and the Labral Tension Test. In nearly all cases, a negative finding was more compelling than a positive finding. However, none of the five tests were overtly diagnostic or was useful in ruling in or out a SLAP diagnosis. When all five tests were positive, a SLAP lesion was unable to be determined. When all tests were negative, the ability to rule out a SLAP lesion was possible.

Previous studies have suggested that clinical tests have difficulty diagnosing a SLAP lesion. This study suggests that each of the five stand-alone tests and clusters of tests provide minimal to no value in the diagnosis of a SLAP lesion, whether a SLAP-only lesion or a SLAP lesion with or without a concomitant finding reference. The diagnostic accuracy of stand-alone clinical tests is typically poor when used alone. The combination of subjective history and other clinical findings. A SLAP is a complex problem typically with additional complications.

When attempting to diagnosis a SLAP lesion, no stand-alone test is able to accurately diagnose a SLAP lesion. Therefore, diagnostic clinicians must be cautious when using these tests as a means for diagnosis.