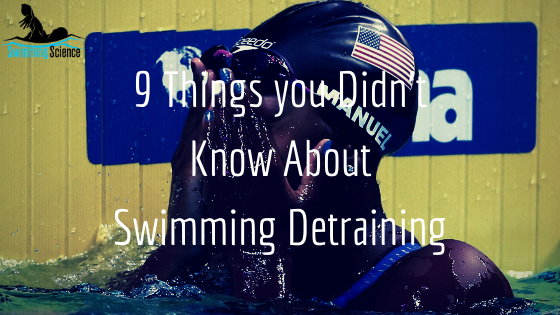 I recently spoke with Dr. Rodrigo Zacca, Ph.D, a Postdoctoral Researcher of Universidade do Porto, Porto, Portugal who published a recent study on Effects of detraining in age-group swimmers performance, energetics and kinematics. The 7 items are from our written exchange.

What else do we need to research in regards to Swimming detraining?

However, swimming detraining research is not exclusive to sport sciences. Much of what we know comes from other areas. Understanding the effects of training reduction and cessation is of interest to other communities and society in general.

In the Military community…

In the aerospace research community…