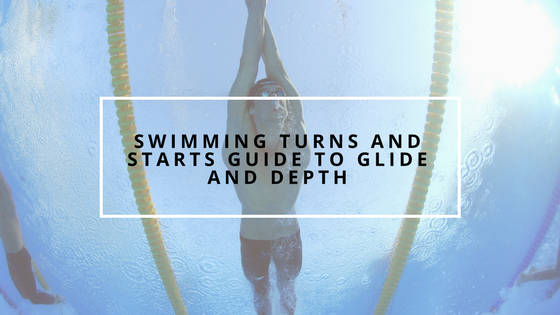 Every now and then I get e-mails by coaches seeking my advice on different matters, ranging from swimming turns to starts to psychology. I have to say, they are quite friendly and generous complimenting my effort (probably not always so well succeed) to explain in a straightforward way the technological innovations that can be implemented in competitive swimming.

I got a few messages bringing my attention to the talks delivered in Doha by world-class coaches at the FINA Swimming Coaches Golden Clinic. You can find the lectures on the FINA’s YouTube® channel. I will share the talk delivered by Fred Vergnoux and from here you can easily find the remaining videos. Be prepared for some hours of great viewing on swimming turns, starts, and much more! I watched all of them back-to-back and a couple did it twice.

Why did I enjoy so much? Because the clinic did not feature a group of academics (I hope not to offend my peers…) that were explaining how innovation, science, and technology helps the swimmers to excel. In most of the talks, top-class coaches were able to go straight to the point on how a given device or test can be used to implement a holistic evidence-practice. They not only explain the testing procedures and devices selected but also showcased how the insight was useful for their daily practice. However, eventually, all coaches acknowledged having advisers as very well-known and established swimming researchers.

A concern that crossed over most talks was the swimming turns and starts. How to improve these two moments of the swimming race? Getting back to the e-mails that I got. Some people sought my advice on start & turns, while others suggested me to publish a post on the topic. Previously, I shared a piece on the dolphin kick. But, before the underwater kick, there is the push-off and the glide. So, today let’s do the analysis of these two moments.

We do know that the swimming turns push-off must be as powerful as possible. How to measure this? Imagine that you weight yourself on a weighting scale and it displays 70kg. In your case, one body weight (to be accurate “body mass”) is 70 kg. Now, put the weighting scale on a track. You will jog and one of the strides must hit on the weighting scale. Ask someone to check the weight displayed at that exact moment that the foot strikes. The value was 210kg. Therefore, you stride at 3 times your body weight (210kg/70kg=3.0BW). In biomechanics, we have at our disposal some fancy weighting scales by the name of force plates. Not so different from the wi-fiit® though. If we set one force platform on the head-wall of the swimming pool it is possible to measure the intensity of a push-off (i.e. ground reaction force). There is evidence that good swimmers will perform the push-off between 1.1 and 1.5 body weights (BW) (e.g., Lyttle et al., 1999). In some extreme cases, they may go up to almost 2.0BW.

But, then we have another concern: what is the best depth for swimming turns glide? To learn that computer fluid dynamics (CFD) can be used (Marinho et al., 2009). CFD is applied in several settings and notably in motor sports. I went to my database and retrieved some old CFD data of one swimmer that our research group did the hydrodynamic analysis a long, long time ago. The swimmer used to compete on a regular basis at major international competitions (OG, WC) and has the anthropometrical features (i.e., height, weight, arm span, etc.) of a typical 100 & 200 finalist at freestyle and butterfly events. He/she as several swimmers used to perform the glide in the streamlined position at 0.75-1.0m deep.

Ok, now it’s time to advise my swimmer of the ideal swimming turns depth and push-off intensity. Let’s say that the race includes 4 glides (one at the start plus three turns). It can be the 100 SCM event or the 200 LCM (in both he/she must perform 4 glides). The question addressed to me would be: so what is the best depth and push-off? How much can I shave to the final time? I will have as a baseline a glide at 0.75m and be working from there to check what happens if he/she glides: (i) deeper or shallower than that; (ii) after a more or less powerful push-off.

If you do the push-off on an ice ring, your body will displace at a steady speed (i.e. uniform motion) because the ice and air resistance are rather low. In the water though, the drag resistance is a major player, leading to a sharp decay on the speed. That´s why we need to monitor the drag force by CFD or any other testing procedure. The bottom line is that the swimming turns push-off velocity is important, but to have an accurate estimation of the time shaved we must control the drag force and how it will affect the speed decay over the glide.

Moving on to the next part of the question: the swimming turns depth. Gliding between the surface and the 0.75m or deeper than 2.5m (yes, you are right no one would glide so deep…) there is no improvement (Fig 1). Actually, the time impairs no matter the push-off intensity in these two bands. One may argue that an improvement of 0.014-0.068s it’s not exactly impressive, which is partially right. But then again, we are only analyzing the swimming turns glides and neglecting other race moments. If we add these 0.014-0.068s to other improvements, this is something to take into account. Here it is the typical marginal gain “theory” taking place as popularized by Dave Brailsford. Plus, we all are able to recall dramatic races that a swimmer won/lost a gold medal, got a record, did the cut-off to the national squad by 0.014-0.068s.

For those that are not so familiar with swimming, please refer to table 1. You will find the final times in one of the most exciting races in the recent swimming history: Men’s 200m butterfly final at the London 2012 Olympic Games. I am not suggesting that in this particular race the glide was the determinant factor. It is far more complex than that. The point here is to showcase to laymen that there are races decided by as little as 0.1s or even less.

A follow-up question would be how long the swimmer should glide. That is a very interesting point, and let me keep this hanging here. We might cover that topic some other time. Allow me to wrap-up saying that the data shared in this piece are the only representative of this former swimmer and does not mean necessarily that are the optimal values for others. This kind of analysis must be tailored to the swimmer´s characteristics and race strategy.

Hopefully, I was able to showcase how innovation, science, and technology can be useful; despite in a less brilliant way than the presenters at the Coaches Clinic in Doha.

Have fun watching the talks!