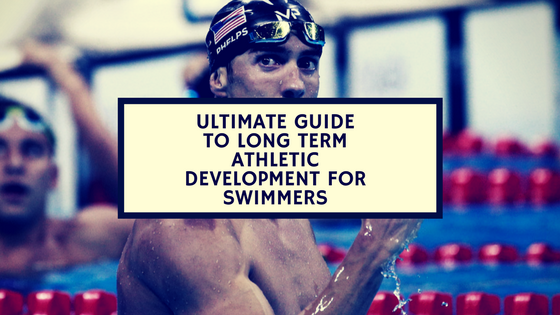 For a start, performance enhancement of age-group swimmers is due to growth and biological maturation. After a summer break swimmers that were not engaged in swimming activities improved technique and performance (Moreira et al., 2014). After controlling with a mathematical procedure the growth (let´s say that in a way we are keen to see what would happen if the swimmers did not grow during the summer break) performance and technique would be the same. So, growth is a major player of age-group swimmers and probably the most influential.

Interestingly, knowing the parents heights we can predict the swimmer´s adult height. This is called as “The Khamis-Roche Method” and you can play with it here. Please bear in mind that “estimation” by definition is something that has some sort of associated error. So, this is not completely accurate.

Another key-feature is the ratio between height and arm span. The ape-index as is known should be higher than 1.0 (i.e. the arm span should be higher than the height). There is no evidence, but some researchers and coaches consider good if the ratio is around 1.05-1.10. These figures are quite arbitrary or random as there is no evidence on this (as much as I am aware of). I invite you to play with the ape-index from this link and compare yourself with Michael Phelps (allegedly his Ape Index is 1.04).

A sensitive issue, especially for girls, is the fat mass. A swimmer is supposed to have a higher percentage of fat mass than other sportsmen. It helps with buoyancy, a good body position and therefore less resistance. A straightforward way to estimate the fat mass is the US Navy Circumference Method. This method can be expanded to include other parameters, such as the level of physical activity (link). Another procedure is to estimate the fat mass after measuring a few skin folds with a caliper (caliper methods). It seems that these methods are validated for adults, so care should be exercise using if you are assessing very young children.

When we talk about sports genetics most of the times people think in science fiction and not in sport sciences. Sorry for any disappointment but we are not a crime scene investigator that with a tinny hair completely damage is able to identify a criminal in a blink of an eye (pick up hair à run the genetic test à search on the database à identify the guy´s ID; all these in 30s as we watch on TV). Unfortunately in the real world we are not able to run genetic tests and say if definitely one should be a sprinter or distance-swimmer, a freestyler or breaststroker, will be a good or poor swimmer.

There are genetic polymorphisms that can be help the swimmer and the coach though. A few genetic markers and/or polymorphism were related to swimming performance, such as the Angiotensin Converting Enzime (ACE), Vascular Endothelial Growth Factor Receptor 2 (VEGFR2) or the Alpha-Actinin-3 (ACTN3) genes (Costa et al., 2013). Some polymorphisms are related to endurance and others to power.

So how useful is the genetic profiling? To learn if a swimmer is a high or a low responder. A high responder is someone that adapts very well to a given training program; while a low responder will be struggling to improve. Imagine that we have two swimmers that are engaged in the same training program for several weeks. Both put the same effort in the program but one improves much more than other. The reason might be that one is a high and the other a low responder. Have a sneak peek at this nice video about the: Talent vs. Training

Recently our research group came up with a way to classify age-group swimmers (Barbosa et al., 2013). First question: why do we need to classify them? Classification is useful so that: (i) coaches and sports analysts no longer need to produce detailed explanations of the performance and its determinant factors but rather classify more broadly the swimmer as being one of a few types; (ii) enables the design of training programs according to each category; (iii) make communication between coaches and sports analysts quicker and easier. These classifications are used on regular basis in other fields, such as Medicine & Rehab.

Second question: What do we need to classify the swimmer? For this model we needed to measure the trunk transverse surface area (S), drag coefficient (CDa), speed fluctuation (dv) and average swimming speed (v). I am aware that some of these tests might be too challenging to be done in a swimming club. Hopefully most swimming associations, sports institutes and swimming federations have the expertise and equipment to collect the data.

Third question: How do I classify the swimmer? All that is needed is to collect the data and then calculate the following equations:

From the three equations, the one with the highest score refers to the cluster the swimmer should be classified as (i.e. “labeled.”). Cluster #1 is related to high speed fluctuations (i.e. less smooth swimming), Cluster #2 to high body dimensions (i.e. taller and larger) and Cluster #3 to high drag coefficient (i.e. high resistance).

Fourth question: So what? How useful these details might be? For instance, after running the tests and calculate the three equations, a swimmer is classified as being in the cluster #3 (labeled “hydrodynamics”). This means that his profile is mainly determined by a high drag coefficient. So, coaches could design a training program for him focused on technique drills, feedback with specific visual and kinesthetic cues to reduce the resistance.

It is possible to enhance the performance designing two main types of training programs: improving the technique (cf 3. “biomechanics & motor control” section) or building up the energetics. Some other time I will dedicate one post exclusively to the pros and cons of each model. Anyway, for the best and for the worth, energetics is a major player. The challenge is that most accurate tests to gather insight about energetic profile are expensive, time-consuming and sometimes invasive.

There are some procedures to estimate energetic parameters and to learn, or at least have a clue, about aerobic pathways (e.g.,critical speed, T30, etc.). However, most age-group swimmers race short distances that depend a lot from anaerobic sources. For these, Science was not able yet to provide us completely reliable testing procedures. I.e. tests that can be carry out during a training session in a straightforward and quick way by a coach. Once more, we should exercise some care interpreting the data from a few tests reported in the literature.

Psychology goes beyond my field of expertise (if I have any…). But something that we all talk about is that after an OG or WC edition seems that the young swimmers have a motivational boost. I am not sure if there is any research on this. But at least there are anecdotal reports of an extra motivation. Watch on TV the best of the best competing against each other’s, Championships and World records being broken makes the young swimmers to put a little bit more of effort during competitions and training sessions.

Moreover, after an OG there seems to be a generational change. Several stars announce they retirement after the OG (ones for good, others it´s more like a very long break and later on they resume the career). This generational swap has a domino effect all the way down till age-groups.

Written by Tiago M. Barbosa that earned a PhD degree in Sport Sciences and holds a faculty position at the Nanyang Technological University, Singapore