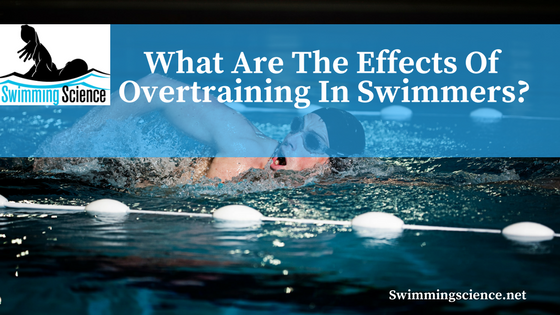 Overtraining and overreaching are common in the sport of swimming. No matter if you are a high or low volume advocate, swimming requires countless hours in the pool putting one at risk for overtraining.

Some coaches feel overtraining is a beneficial part of training to ‘break-down’ the athlete and make them stronger, despite the literature suggesting overtraining causes increases in inflammation and decreases in muscle mass. However, the exact mechanism and results of overtraining are not well documented.

Xiao et al. looked to analyze the influence of 11 weeks of overtraining of treadmill training on rats.

30 Winstar rats underwent one-week acclimatization, then 10 were put into a control group, then the rest were put on 11 weeks of an overtraining protocol progressing to four one hour training sessions a day. Of the remaining 20 rats, after the 11 weeks of overtraining, half recovered for seven days.

Blood work of the rats was performed 36 hours after and 7 days after the last training session. A muscle was harvested, prepared, and ribonucleic acid (RNA) was extracted.

The rats acclimated well with the overtraining for the first eight weeks, but needed assistance from the eight to the eleventh week, leading to a decrease in mental state. Blood assay showed testosterone, and hemoglobin decreases in the over-trained rate in a combination of a decrease in weight.

This study indicates over-training results in muscle injury and the inhibition of skeletal muscle growth. This is due to an increase in pro-inflammatory cell signalers (cytokines) and a decrease in anti-inflammatory cytokines. Also, cox-2 and uPA are necessary for muscle growth but are blunted in the overtraining group.

Swimming is a unique, unnatural sport for humans. As a result, long hours in the pool are required to learn the appropriate motor patterns for high performance. However, over-training should be avoided due to potential decreases in muscle size and an increase in inflammation (which hinders a swimmer’s ability to adapt to training per the super compensation response.). Despite the suggestions in this study, conclusions drawn should be taken with a grain of salt, as it was performed on rats on a treadmill, not swimmers in the pool.