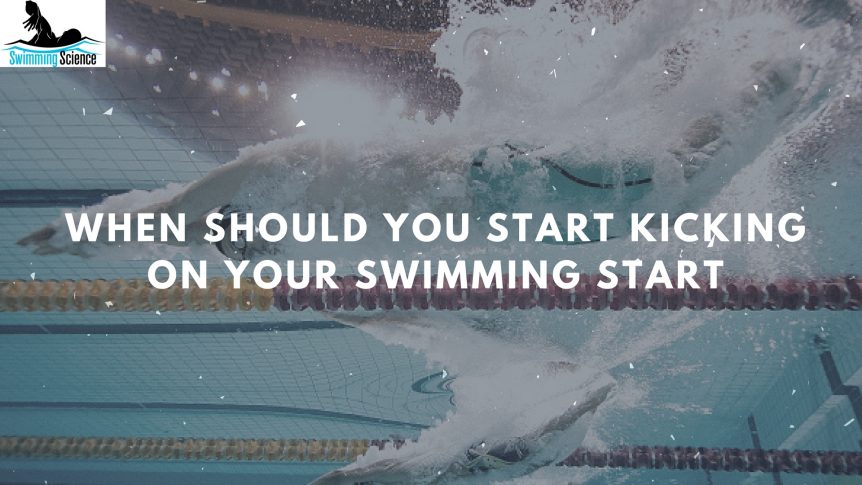 The moment a swimmer loses their speed after a start is a critical moment to begin stroking, as it is likely velocity will only decrease at this moment. This is vitally important for sprint swimming, as the 50 and 100-m races are strongly linked to starting performance. When should a swimmer start to kick off the start?

Nine anatomical landmarks were identified on the swimmer’s body. To minimize the error during the digitizing process, both sides of the swimmers were assumed to be symmetric.

When to Start Kicking

Elite swimmers must find the ideal time to initiate their underwater kick to maintain horizontal velocity. Elite swimmers should start their kick between 5.63 – 6.01 m. This should be a guide as individualized starting plans are necessary for elite success.